Polymeric is made up of an amazing team of chemists, innovators, and business gurus. Many of advocates have dedicated decades to their careers at Polymeric and the printing industry in general. Polymeric is particularly proud to be a place where we treat our staff with respect and equality, regardless of gender.

This month, we interviewed a few of our female colleagues about what it means to be a woman in print for Print HERstory Month. We talked to Amy Hohenadel, R&D Manager, Pramudi Abeydeera, Formulation Chemist, and Angela Argit, Marketing Manager, about their unique experiences in the printing industry.

Being assertive when you were brought up to be polite to everyone. Sometimes, you have to stand your ground and it is not always seen as being assertive. Believe in yourself, tell the truth and put your foot down.

What advice would you give to women or girls aspiring to join the printing industry?

When someone tells you that you can’t do something, make it your mission in life to do that very thing. I excel at what I do because at several points in the past I was told I would never be able to make ink. This industry takes creativity, stubbornness, luck and a willingness to learn and at times, fail. Failure means you learn, adapt and do better next time.

Its ability to change and the speed at which innovation occurs. When I was in college *not that long ago* we still used masking film to create images to make screens. Though there are probably some small shops or artsy types that prefer the old school method, most in the industry today have modernized their image to screen/plate capabilities. When I first started in the ink industry 25 years ago, digital was not even a thing, SGIA was still Screenprinting & Graphic Image Association and Photoshop 3.0 was all the rage. I liken the printing industry’s rapid innovation over the last two decades to the old saying “You’ve come a long way, baby!”.

Why is it important for women to stick together in male dominated industries?

I believe in boosting everyone’s abilities and morale around me, regardless of gender. I think, too often, we try to separate rather than unite. Women don’t want or need special treatment because they are women. I know I want to be recognized for the things I accomplish, not because I am a woman, but because I am an industry professional and leader.

What is your biggest horror story of being treated differently/less than because of your gender?

My first job interview was for a litho printer in Chicago. Several classmates made the two and ½ hour trip from Kalamazoo MI to downtown Chicago for interviews. I believe there were only two girls in the caravan, one of them being me. We all met with the owner and the head of HR. I was one of the last and when I went in the owner talked a little, didn’t ask me any questions, offered a customer service job, then looked at the HR director and asked “What did we offer the other girl?” When we regrouped, I asked one of the guys how his interview had gone. He very enthusiastically told me he got offered the sales position and how much was offered. It was about double what I was offered. I declined the job and went to work in Indiana where they actually valued me.

What inspired you to join the printing industry?

I was not actively looking to join the industry, but Polymeric happened to be the best offer I got as a fresh graduate.

For me, working at Polymeric is really relaxing and easy-going compared to most of the other R&D labs I have experience in. This is not a stressful place for sure.

Why is it important for women to stick together in male dominated industries?

We must stick together, regardless of gender. I believe it is important not to view another woman doing what you are doing as competition. It is essential to support her, encourage her!

What is your biggest horror story of being treated differently/less than because of your gender?

I have never felt like I was treated differently because of my gender or nationality! I have always believed if you are educated and knowledgeable in the field no one can beat you. So, I continuously earn more qualifications, so I feel confident about myself in front of anybody.

It’s very male dominated, and it often feels like as a woman, and as a much younger woman than most of my contemporaries, especially, that it requires a louder voice to get my thoughts heard or to be taken seriously. I feel like some people are less receptive to what I say than they would be if a male counterpart were to express the same idea, particularly if that person is older than myself.

What are some changes you would like to see in the industry? How would you suggest we make those changes?

It would be great to see more women in the industry as a whole. Walking across trade shows like Printing United, there are just so few women attending and representing the printing industry. Until I started at Polymeric, I had never even considered the printing industry as a possibility. Exposing young people, both male and female, to the opportunities available in printing careers could make a significant difference to how many women (and young people in general) join the industry in the coming years.

Honestly, the company I work for makes ink – which is awesome. It’s been amazing to learn just how far-reaching the industry really is, and how much impact it has on all other industries. My favorite part about the industry though, is seeing what others do with the ink, what they are inspired to create. I enjoy following other companies on LinkedIn and seeing the wonderful displays they’re able to make for their customers, sometimes because of Polymeric ink! 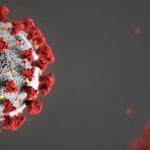 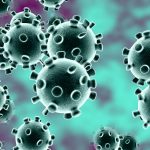